First Captain's Company,
The Earl of Stamford's Regiment of Foote,
Army of Parliament 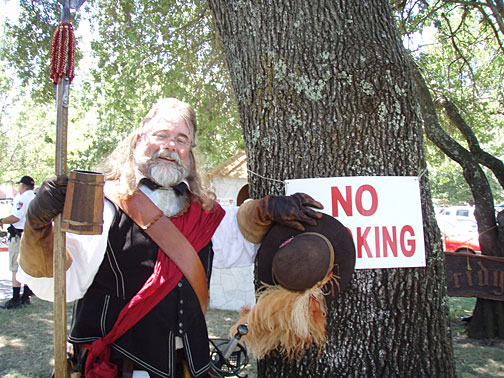 The Commanding Officer at Fair Oaks '07 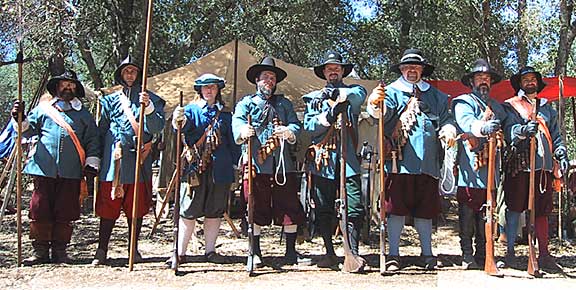 This Company is a unit of the Earl of Stamford's Regiment of Foot, Army of Parliament. We are associated with the Sealed Knot Society Regiment of the same name in the UK, and some of us attend reenactment events overseas. We do events all over Northern California, and focus on presenting both military and civilian aspects of 17th Century life, including historically correct military drill and formations, a Field Kitchen, weaving and spinning, plus period inks and quill pens.

The First Captain of the Earl of Stamford's Regiment of Foote, Army of Parliament, invites all interested Soldiers and Women to join his Company. Subscribe to our mailing list for information about California English Civil War events.